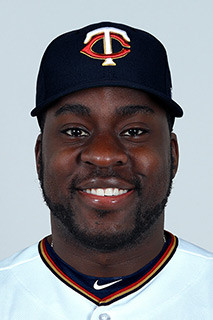 Former MLB player Jermaine Curtis is a native of California who has played baseball for more than 25 years. In high school (A.B. Miller hs), he was voted the best player of the Inland empire in 2004. Also, in 2004 he signed to go to UCLA.

In 2005, He was voted the best player of California when he grabbed the MVP award of the All-Star series where the best players of both Northern California and Southern California compete in a 3 games series to showcase who has the best talent. In 2006, he became a Freshman All American at UCLA. In 2007, he was an All Star in the Cape Cod league where all the top college players play to showcase there talent. In 2008, he was the Captain of the #1 ranked UCLA baseball team and was drafted in the 5th round  by the St. Louis Cardinals.

That same year, Jermaine Curtis and the Cardinals went to the world series where they lost to the Red Sox. However, he did win the National League Championship series and has a ring. In 2015 and 2016, he was set to the Reds.

In 2017, he was sent to the A’s and in 2018, he played with the Rochester Red Wings and Minnesota Twins. Jermaine Curtis has reached the highest level of competition and has learned from some of the greats such as Barry Bonds, Carlos Beltran, Michael Cuddyer, Ozzie Smith, Rickey Henderson, Barry Larkin and many many more not named.

He loves the game and has trained over 500 aspiring players. Some players have gotten scholarships to UCLA, Oregon State, U of Oregon, Washington State, UC Irvine, USC. So if you are interested learning from a major league baseball player, he says “sign up and let’s get to work”.